We'd love to discuss how we can help your business grow with a new website or online marketing campaign. Quikclicks can help you:

Fill in your details below for a free, no obligation consultation:
(Existing Quikclicks client and need help? Please email: support@quikclicks.com.au)

If you are looking for website design in Perth, Quikclicks has been servicing the city from St. George’s Terrace, south to Singleton, north to Joondalup, and east to Midland since 2004. We have built hundreds of websites for local businesses and provided web services, SEO, graphic design, email marketing, and domain hosting for businesses just like yours.

We would love to talk with you about the various ways we could improve the look, feel and functionality of your existing website, or how your business could benefit from a new Quikclicks website. Send us through your web-brief or give us a call to discuss what kind of web solution best suits your needs… No obligations, No hard sell!

Aside from website design and graphic design, Quikclicks offers a full raft of web services including website and email hosting, online marketing campaigns such as adwords or PPC (Quikclicks is an official Google Partner), as well as domain name registration. We are a one-stop shop for all your website needs! Also, because we’re a local business, if you call us up you won’t get a call centre!

Additionally, unlike many web design companies in Perth, Quikclicks uses ‘open-source’ solutions like WordPress so that when a site is complete you own it. You can host it wherever you like – you can even move it around. You will be able to upload new articles, stories, blogs, photos, videos and more without having to rely on specialised or costly technical expertise.

We focus on custom-designed, business websites with modern, clean designs. We provide easy to use content management solutions (CMS) like WordPress with all our sites, and have in-house experts for our Ecommerce stores. We also provide detailed training and support for all of our services.

If you’re starting a new business or want to update an existing business image, we can provide for all your needs. Quikclicks provides a range of graphic design services such as logo design, stationary design and store signage. We have fixed-rate packages so you’ll be able to stay within budget and still get the results you’re after.

A website is only as great as a customer’s ability to find it! Being an official Google Premier Partner means Quikclicks is up-to-date with the latest developments in SEO, PPC, adwords, social media and all types of online marketing forms. Our Marketing campaigns are ROI-focused (Return on Investment) meaning they are practical, effective and efficient.

Having a website is great, but it needs to go somewhere for people to see it! All the associated requirements of having a website such as domain registration, web hosting and email are also services we provide. Take the complexity and headache out of having multiple service providers blaming each other and refusing to take responsibility: we’re your one stop shop!

With consumer spending habits moving towards online shopping, businesses are increasingly being forced to rethink their marketing strategies to cater for this new need. To illustrate this, it’s recently been said that people are now staying home to shop and going out to eat, whereas once upon a time it was the reverse. Before the digital era we were more likely to stay home to eat, and to go out to shop.

Is your business able to adapt to this new way?

Quikclicks’ clients’ benefit from years of experience in website development and search engine optimisation (SEO). Being an official Google Partner, our expertise in developing search engine friendly websites and managing cost-effective online marketing campaigns have exponentially increased sales for scores of clients over the years.

How does business compete in the Digital Age?

In order to make sales, it’s becoming increasingly important for Perth’s business websites to appear on the first page of Google search results. This is especially true for companies with a national focus if they need to compete with east coast businesses. If a website is not suitably equipped to achieve this, then business success can – and will – become more and more difficult.

Optimising a website to achieve better search engine ranking can be a difficult concept to understand. In a traditional ‘brick and mortar’ shopfront, the equivalent of  having poor SEO (Search Engine Optimisation) would be to have a shop where customers must walk past a number of appealing competitors before they get to you. In other words, the competitors take all your sales before a customer can even reach you.

This is where companies like Quikclicks come in. In order for Perth’s businesses to compete effectively in the online market space, business owners are fine-tuning their sites for their own distinct markets. To be able to achieve this effectively, specialist knowledge is required.

Quikclicks prides itself on its customer focus, first class expertise, and high attention to detail.

These things add up to create products that are on the cutting edge of website and SEO design.

Increasingly, websites are essential cornerstones for all businesses. As such, fixed rate packages can remove uncertainty for both fledgling, and established Perth businesses

If you want your website to be found in search results on the internet, SEO is what you will need

You own the site. You can take it with you. Around the world, open source technologies are in constant states of improvement. You are not locked in to having to work with particular providers.

A distinct arm of web design used by hundreds of successful Perth businesses to sell products online, direct from the website

As a Google Premier partner, Quikclicks has extensive experience and expertise in creating small and large scale PPC campaigns personalized for your particular market

Our graphic design services can create anything you require for your business including logos, infographics, business cards, marketing paraphernalia and of course websites.

Perth was founded in 1829 by Captain James Stirling after the city of the same name in Scotland. Perth achieved city status in 1856, and since then has had a number of specific growth spurts. The first was due to the gold rush of the late 19th Century, the second occurred after WWII as significant numbers of immigrants arrived from countries including Britain, Greece, Italy and Yugoslavia, and more recently in the late 20th century as a result of the West Australian mining boom.

Today, Perth is Australia’s fourth largest city and the Greater Perth area has nearly 2 million inhabitants. The city is known for its annual cultural events including the Perth International Arts Festival, which is Australia’s longest running cultural festival, having started in 1953. There is also a vibrant music scene and Perth-originated pop and alternative bands read like a who’s-who of contemporary Australian rock including the Eurogliders, Eskimo Joe, Jebediah, John Butler Trio and many others.

The city was nicknamed ‘The City of Light’ when residents lit up the city in an effort for it to be seen by American astronaut John Glenn from both the Friendship 7 in 1962, and again from the space shuttle in 1998.

To request a quote or enquire about any of our services, please contact us.

Some of our work

Professional, accurate, dependable, consistent, loyal, understanding and boy have they created a monster business profile for me and the work enquiries are to the point iam turning business away. Will and his team are fantastic listeners and know what to get what you want 100% and they do this based on your budget and scope.Don’t even think about going anywhere else this is the one stop shop for success.The website they created was awesome.

Richard Jones
08:12 08 Aug 18
I myself don't know too much about website design etc. I did create my first business website through wix, but nothing compares to the service and quality of quickclicks. They really make it easy for the small business to just sit back and be confident things are looked after. Most small business don't have time to spend hours doing SEO and building + maintaining websites.1000000000000% recommend Quickclicks

Matthew Triolo
21:28 05 Jun 18
No need to look any further, Quikclicks are your total solution for your website needs. I'm extremely happy with what the team have done for my website as well as the support I've received from James, Luke and William. They make the whole experience easy and talk you through the whole process. The team never fails and I will be an ongoing customer as they have gone above and beyond everything I could of imagined.

Ke Zhao
03:18 19 Feb 18
We have been with the Quickclicks team for around 8 years+. The platform they set us up on was simple to use. Any questions, an email or phone call was either promptly answered, or quickly attended to. You can learn to easily add to or change your sites products with basic computer experience and learning how to is easy. Support is local at hand which won us. Their strong support was a major factor for us. Want to change something on your site? SURE. They know their expertise. Thanks Quickclicks team. An experienced company that suits customers from a small mum and dad business up to a multi national giant.

Tradeline - John
10:28 12 Dec 18
Our faith in Quikclicks wasn't misplaced as they turned out a website we can be proud of. Clearly they've been doing this for years. No hesitation recommending them to others.

GT S1971
23:09 12 Nov 17
Dealing with Quikclicks has been a delightful experience. From first contact through quoting, order placement, design and development, delivery and payment, it has been a smooth and pleasant process, with excellent outcomes.We needed 4 websites converted to 3 and this was achieved on quoted schedule. The results are modern, state of the art websites, with all areas requiring ongoing content upgrade, easily exposed for non-technical resources to complete.Quikclicks provided quality guidance and support on all issues from selecting and using Wordpress plugins, through security configuration, to search engine optimisation.I heartily recommend Quikclicks for modern Wordpress website development and hosting at cost-effective rates.

Calvin Stein
03:22 04 Feb 19
I am so very happy with my completed website. I have been dealing with James and this is the second time I have used quikclicks to design a website and I am extremely happy with them. The websites are very easy to use and quikclicks have been a pleasure to deal with.

Maria Lamy
05:59 21 Feb 19
Will and team have been amazing at increasing our clinics visibility on the web through their SEO campaign and through adjusting our websites design. They are quick to respond, a pleasure to deal with and have been very patient in explaining how the web works to someone who is not tech savvy at all. Would highly recommend their services. 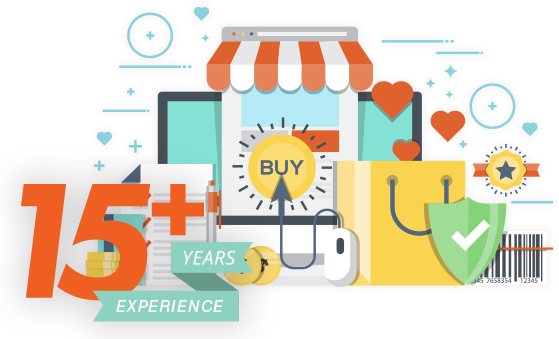 Quikclicks has over 15 years Designing, Developing and Marketing award-winning websites.

To find out more about our services, give us a call on 1300 132 274 or Email us with your requirements for a free, no-obligation quote.